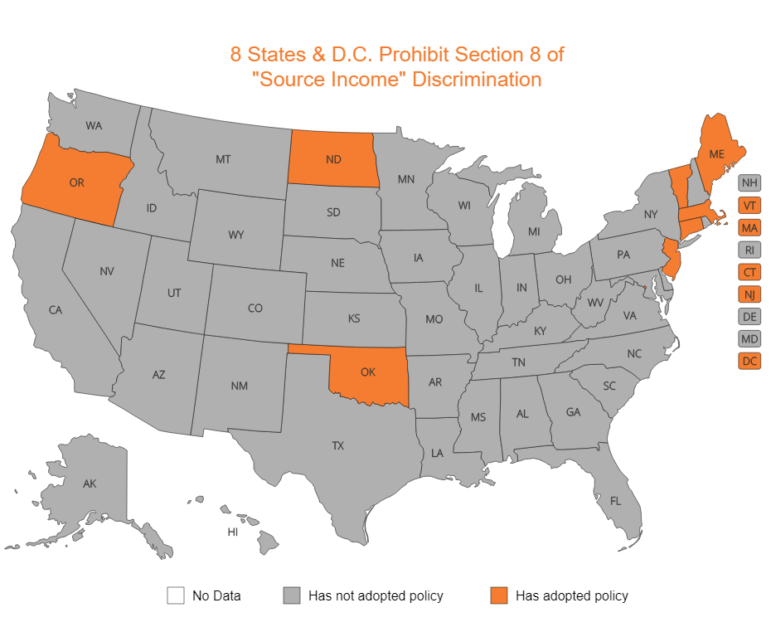 Affordable housing is the cornerstone of providing housing as a human right. To help low-income people gain access to housing, the Department of Housing and Urban Development (HUD) created a rental assistance program in 1974. This program, commonly known as Section 8, works to help individuals and families afford housing by supplementing their income to help pay for rent. Through the Housing Choice Voucher (HCV) program, HUD prescribes that tenants will pay around 30% of the rental costs, and HUD will cover the remaining 70% to the landlord through a voucher. This percentage share of income spent on rent is backed up by a 2018 Zillow study which found that communities, where individuals spent more than 32% of their income on rent, expect a larger increase in the rates of homelessness.

This program fundamentally promotes anti-discrimination and client choice in helping individuals move into dwellings that they will be able to afford with voucher assistance. However, difficulties arise as the HCV program relies on private market landlords agreeing to accept vouchers. Since voucher holders are not protected by the Fair Housing Act, it is legal in most jurisdictions to discriminate against voucher recipients. This creates a larger issue when a large number of voucher recipients belong to a marginalized group, which can perpetuate ethnic and racial discrimination through a legal classification. In 2013 in Texas, 90% of voucher recipients lived in a majority-minority neighborhood, and 70% of recipients lived in an area with over 20% of residents living below the poverty line. Additionally, according to the Chattanooga Housing Authority (CHA), two-thirds of voucher recipients lose their voucher before being able to get into a dwelling. This map is an interactive tool that shows where voucher holders in metropolitan areas live and the demographics of those areas.

To combat this trend, many communities across the country have begun to implement Source of Income Anti-Discrimination laws. This website provides a useful resource of jurisdictions where Source of Income Discrimination is illegal. In 2014 , the City of Austin passed an ordinance to protect housing voucher recipients from discrimination. However, in 2015 the State of Texas passed a law which makes it impossible for municipalities to pass such legislation. These laws continue to perpetuate racial and income discrimination and inequality and impede the process of providing housing to all people.

Studies done by HUD have shown that locations with Source of Income protection have fewer rejections than areas that do not, from 77% to 35%. Although other factors such as the local housing market and the management of the local housing authorities can affect these rates, a 2001 HUD study found that these areas also have a 12% increase in voucher utilization. Increasing voucher utilization and housing rates does not end with extending voucher protections. With private market landlords still needing to accept the voucher recipients, setting up programs like designated landlord navigators, or voucher recipient and landlord meetup and screenings can help introduce landlords to potential renters and get them to have a personal understanding of their tenant. It can also offer some peace of mind for landlords, and the guarantee of payment from the government can also make renting to a voucher recipient a more stable economic decision.

With what we know about Source of Income and affordable housing, educating the public and lawmakers about the effects of these policies and what works is vital to expanding housing to everyone and promoting racial and income equality.