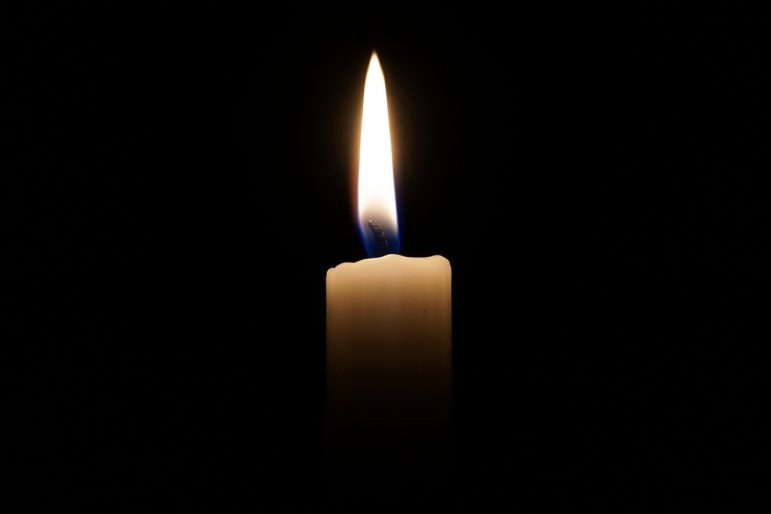 As we near the end of 2018, THN would like to recognize those who have lost their lives over the past year while experiencing homelessness. Starting in November, each Friday THN has posted an article featuring a life lost to Facebook and Twitter. We have called it #THNFactFriday.

If there is not an event planned in your community, please take a moment and light a candle to honor the lives lost.

If you work in homeless services, thank you for all you do every day to help people like those highlighted below. THN’s President/CEO, Eric Samuels, has been collecting these stories throughout the year, oftentimes sending condolences to CoC. “Every Texan deserves dignity at the time of his or her death. Let’s work together to build systems of care that will allow for that and make homelessness rare and brief,” he said.

You don’t have to work in homeless services to help. You can help by advocating on behalf of the over 25,000 Texans experiencing homelessness. Sign up to receive news and updates. Subscribers to the State and Federal Advocacy Updates receive Information on legislation affecting homelessness programs during the Texas Legislative session and as they are introduced at the federal level.

A homeless person died in south Houston due to hypothermia and there were almost 300 car crashes
HPM DIGITAL TEAM / HPM NEWS STAFF | POSTED ON JANUARY 16, 2018, 7:52 AM Houston Fire Department chief Samuel Peña reported that a homeless person was found dead in the south part of the city, near Telephone Road, and added that the cause of death was hypothermia.

BEAUMONT — A man’s body was discovered Thursday morning behind a dumpster on Laurel Avenue near the Interstate 10 access road in Beaumont.

Police Say Body Found in Tree Was a Homeless Man, Suicide
Feb. 24, 2018, at 11:34 a.m.
U.S. News & World Report
TEXARKANA, TEXAS (AP) — Police say they believe a man whose badly decomposed remains were found in a tree in Texarkana may have committed suicide.

Man killed in Round Rock hit-and-run leaves grieving family, few clues
By Mike Parker
Posted Feb 28, at 12:01 AM
A man killed in a recent hit-and-run crash on Interstate 35 left behind a 2-year-old son, a grieving ex-girlfriend — and few leads on the identity of the driver who hit him.

Homicide detectives are investigating the case, which police have labeled a murder.

By Mariah Medina – Digital Journalist, Patty Santos – Reporter
Posted: 4:24 PM, May 19, 2018
A woman is dead after a man in his 80s ran her over “a number of times” following an altercation in an elementary school parking lot, police say.

Police called to the parking lot of Walzem Elementary School Saturday afternoon for a report of shots fired.

He was face down and bloody.

“Mr. Kiddy is a great example of someone who the story was a lot deeper than just a homeless guy at a bus stop,” said Sunrise Homeless Navigation Center Director Mark Hilbelink.

Officers arrived on the scene at Waller Creek and East Fifth Street near the Hilton Garden Inn around 8:22 a.m. after someone called and said someone was in the creek. Austin-Travis County EMS said they found a man in his 40s lying in the creek. He was declared dead at the scene.

suspect, who allegedly looked at before leaving, indicted for murder
Author: Shawna Reding, Chelsea Cunningham
Published: 8:50 AM CDT August 1, 2018
AUSTIN — A grand jury has indicted a man for murder after he allegedly drove over a curb before hitting and killing a victim who was standing at a bus stop in South Austin.

Affidavit: Man found dead in Lower Valley canal was a father of 3, strangled to death

EL PASO, Texas (KFOX14) — The arrest affidavit for the man that was found dead in a canal in the Lower Valley revealed that he was homeless and he had suffered blunt force trauma, strangulation, lacerations to his face and head, and broken ribs among other injuries.

SOUTH AUSTIN, TEXAS — Police on Tuesday identified the man found burned in South Austin earlier this week in South Austin, categorizing the death as a homicide.

Police release name of homeless man whose body was found in canal off 1-10
by Quentin HopeWednesday, August 29th 2018

Wednesday, August 29, @ 8:47 am, Beaumont Police and Fire responded to the canal behind the Exxon Station at Washington and I10. A witness told the clerk there was a body floating in the canal.

A Houston man fleeing from police was arrested after he allegedly ran over and killed a sleeping homeless woman early Sunday during a high-speed chase, according to the Harris County Sheriff’s Office.

Suspect in beating death of man arrested at his mother’s home
BY DOMINGO RAMIREZ JR.
OCTOBER 15, 2018 10:02 AM,
FORT WORTH — A 30-year-old North Richland Hills man was in custody Monday, accused in the beating death of a homeless man who was standing near a traffic accident near a restaurant earlier this month.

A woman was found dead Monday afternoon in a walled dumpster storage area where friends said she was living.

From among the least of these come great life lessons

By Candace Cooksey Fulton
Posted Nov 4, 2018 at 12:43 AM
I’d missed seeing her in the breakfast line for several Sundays. And when I stopped to think if I’d seen her walking downtown, or sitting on the bench outside Walgreens, I couldn’t remember the last time I had. But I only knew her first name, assumed she was homeless, and had no idea how I might check on her. I hoped she was OK.

Woman shot to death at encampment near Minute Maid Park

By Jay R. Jordan and Nicole Hensley Updated 10:59 pm CDT, Tuesday, October 30, 2018
Police are looking for a man who shot a woman point-blank in a homeless encampment tent Tuesday night across the parking lot from Minute Maid Park in downtown Houston, police said.

El Paso police investigators are looking for one of two vehicles that struck a pedestrian who was killed while trying to cross Interstate 10 during the weekend.

Police investigating after homeless man shot and killed under bridge in N. Houston

HOUSTON, Texas (KTRK) — Houston police are looking for the suspect responsible for shooting a homeless man to death beneath a bridge in north Houston.